"Peace is a lie. Remember that, always, my apprentice. Peaceful Jedi-Sith relations is a joke, because half of each sect wants to kill the other sect. "
―Novus to an apprentice, unknown date.

Darth Novus was a Naiekwo male Sith Lord in the New Sith Order and Imperial Order of the Sith. Novus was born without a name on the planet Thalassinus, as was cultural tradition, and raised by his father. When he was still young, he earned his core name, "Novus", and later earned the "Darth" title when he completed his Sith training.

Novus left Thalassinus in 6 NE to help Darth Atra build his New Sith Order. In 12 NE, Darth Novus temporarily left the New Sith Order to travel to Korribanos and aide Darth Taral in organizing his new Korribanos Sith Order, the Imperial Order of the Sith. Novus would remain there for nearly a decade teaching students to embrace the Sith tradition.

In 21 NE, Novus took a temporary leave of the Imperial Order to return to the New Sith Odrer, where he killed Darth Atra and took up the leadership role in the oder. He would reign as the leader of the New Sith Order until his death in 988 NE.

Novus had many apprentices, including the well known Jarsyn Vil, and Darth Alban, who would later become the Grand Master of the Imperial Order of the Sith.

Darth Novus was born on Thalassinus in 80 BNE, and was raised primarily by his father. He was born without a name, as was the cultural tradition there. Sometime in his childhood, he performed some feat that earned him his name from his father, Novus.

With the culture on Thalassinus centered around training to become a Sith, Novus dedicated most of his time as a child to his training. He quickly surpassed other students, earning his "Darth" title by the time he was twenty.

As an adult, Novus performed missions that the elders in his clan wished him to. By 2 NE, Novus had become one of the few on his planet to be granted ruling class status, where he primarily dealt with training new students and weeding out those who were not up to standards. This went on until an outsider visited the planet in 5 NE, where Novus was one of the first to confront him.

The outsider's name was Darth Atra, who had a vision of a planet of the Sith and had come to learn more about the path he walked. For nearly a year, Novus and his cousin, Darth Labrusca, taught Atra their ways of the Sith, which were slightly different from those of the True Sith Order, some of which Atra had studied already.

In early 6 NE, Atra decided to leave the planet with what knowledge he knew. He requested that Novus and Labrusca accompany him, and aid him in building a new Sith order that would help reign in the chaos in the galaxy. Both agreed, hoping to learn more about the galaxy outside of their homeworld.

Novus was considered a founding member of the New Sith Order, and although he had much more experience than Atra, he had no desire to be the head of an order at that time. He was granted the Third Seat on the Dark Council when it was formed, and befriended Darth Corruo during this time. He fought in the Second Confederate War, and was present on Bane when the Confederate-American Empire surrendered to the Stonewall Republic.

In 12 NE, Darth Taral had sent out a request to Darth Atra that he send someone experienced with training new students to Korribanos to aide in forming the Imperial Order of the Sith. Prior to this, Novus had been the head of the academy for the New Sith Order.

When approached with the offer, Novus agreed, and apppointed Darth Dominus to take his place in the academy. When he arrived on Korribanos, he was one of the Sith Masters present at the induction ceremony, and later took Jarsyn Vil as an apprentice. Over the course of the apprenticeship, Novus sent Vil on several missions that tested the boundaries of the Jedi-Sith Peace.

Sometmie in 21 NE, Darth Novus took a temporary leave from the Imperial Order of the Sith and returned to the New Sith Order with his Novus Initiative, which was a plan to bring down the Confederate Jedi Order and the Stonewall Federation. He presented this to Darth Atra, who rejected it outright for fear of retaliation from both groups. The outright rejection concerned Novus deeply, as he believed Atra to be expressing his fear. This was something that he thought the head of a Sith Order should not possess.

Novus meditated for several days straight on the problem of Atra, and came to a single conclusion: Atra had to die. After a council meeting, Novus confronted Atra in the council chamber itself with lightsaber drawn. He informed Atra that he had become a liability and was no longer fit to lead the New Sith Order.

Darth Atra went berserk, attempting to throw Novus through one of the windows. Novus fought back, using the dark side to strengthen him. An epic lightsaber duel followed, where both Sith Lords injured the other severely. At one point, Atra nearly had the upper hand, however Novus blew through his defenses with pure dark side energy, completely disintegrating Atra's cybernetic arm. The Force storm that ensued between both Sith nearly collapsed the entire wing of the temple. Atra finally succumbed to death after Novus brought the entire ceiling down upon the former Dark Lord.

"If you kill me and take my title and rank, Void, you will be doing yourself and both orders a disservice. You have not yet completed your training!"
―Darth Novus to his apprentice, Darth Void

Darth Novus, being a Naiekwo, had a very long expected life expectancy, however Novus was reaching the end of that. He had already developed several illnesses that made him weak. It was at this time he was assassinated by his very young apprentice, Darth Void, in 988 NE. Void challenged his master for the title to the throne of the Imperium and the Dark Lord title. Void managed to overpower his master, who was already in bad health, and kill him.

This sent shockwaves through the New Sith Order, especially since Void had not yet completed his training. However, those who disagreed with the young human taking the throne and title were killed by those loyal to Void.

Novus' remains were buried next to Darth Atra's in teh Valley of the Dark on Bane.

Darth Novus' legacy persevered even after his death. Even in the Millennial era, Sith Lords in the Imperial Order of the Sith spoke fondly of Novus' skill and prowess in battle, and the philosophy he had that eventually brought down the Stonewall Federation and the Confederate Jedi.

However, there were those in the Imperial Order who criticized him after his death. One of these were Darth Nefas, who had a low opinion of Darth Novus for the sole reason he had allowed an inferior Sith, Darth Void take his title and muddle up the New Sith Order.

Darth Novus was a man of few words. He rarely spoke to those outside a small circle of people he considered allies.

Novus was very anti-Jedi, which is believed to have stemmed from his culture on Thalassinus. He believed that the only true way to test a Sith's ability was against a Jedi, and although he held firm in the Jedi-Sith truce, he tested it from time to time. He hoped that sometime in the future that the Jedi would be toppled from their niche of power over the universe, allowing the Sith to take back their rightful place.

Over the course of his life, Darth Novus trained a number of apprentices. The first known apprentice is Darth Malacer, who he broke mentally in the early years of the Second Confederate War. He granted Malacer the rank of Sith Steward in 12 NE.

Novus also trained the infamous Shadow Guard, Jarsyn Vil, under the Imperial Order of the Sith. Novus began Vil's training in 14 NE when the academy opened, and trained him for some years. Several of the missions Novus sent Vil tested the boundaries of the Jedi-Sith Peace, however these missions allowed Novus to plant programs in the Confederate Jedi's computer mainframe on Aduro that would aide him in his attack in 600 NE. In 22 NE, Novus ordered Vil to assassinate the Jedi Master Aden Fader, as the old Jedi Master was a growing threat to the Sith orders.

Novus took Darth Maleval on as his apprentice sometime in 810 NE.

Darth Novus was also responsible for training Darth Alban, who would later become the Grand Master of the Imperial Order of the Sith. He began training Alban, then known as Kolya Olis, in 923 NE.

His final apprentice was Darth Void, who he began training in 960 NE. Void would turn out to be the biggest disappointment of Novus' career, as he was overly arrogant and not inclined to follow directions or teachings very well. Void never did complete his training, as he turned on Novus in 988 NE and killed the already sick Dark Lord. It was because of Void that Novus gained a few critics to his legacy. 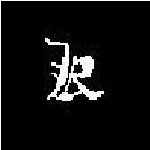