The 101st Royal Parachute Brigade is the Airborne Infantry of the Royalist Kingdom Ground Force (RKGF) and is an special forces brigade. A modular light infantry division trained for air assault operations.

These missions include but are not limited to airborne, air assault, and direct action operations, raids, infiltration and exfiltration by air, land or sea in addition to airfield seizure, recovery of personnel and special equipment, and support of general purpose forces (GPF).

Members of the Parachute Brigade are known to the rest of the army and the royalist public by the nickname the Paras.

Selection is held twice a year regardless of conditions. Personnel must have a level of prior regular or reserve military experience and for regulars must have at least 39 months of service remaining on completion of selection as well as not exceeding 32 years of age.

Candidates are limited to a maximum of two attempts with personnel failing being Returned to Unit. Selection is broken down into a number of phases, commencing with a Briefing Course several weeks in advance of commencement.

Training is very rigorous, having a reputation of providing the toughest training anywhere in the world. The drop out rate for BUDs classes are sometimes over 90 percent. The average airborne infantry spends over a year in a series of formal training environments before being awarded.

Following selection personnel will undertake training according to operational need and their specific area of employment:

Personnel undertake Survive, Evade, Resist, Extract training. The test stage for this training phase requires the candidates to undergo an evasion exercise, dressed in greatcoats to restrict movement and operating in small groups.

A Hunter Force from the Special Forces Support Group provides a capture threat. All personnel are required to undergo a Tactical Questioning stage; should a candidate reach the objective without capture he will still be subjected to this element. 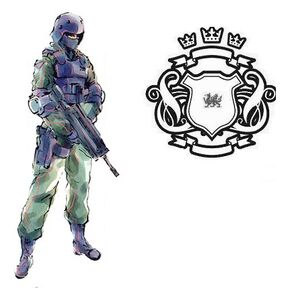